A decision in the Supreme Court of British Columbia (BCSC) is attracting expert comment, after it held that the intention of a testator overrules the strict operation of the Wills, Estates and Succession Act 2009 (WESA). 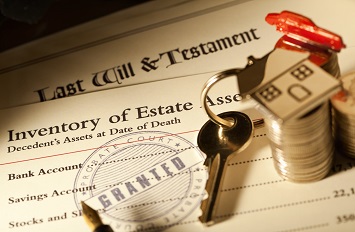 The case in question, Jacobson Estate (Re) (2020 BCSC 1280), centred on the intentions set out in the will of Helga Eileen Jacobson. In her will, executed in 2014, she provided that her personal property and the residue of her estate should be left to Naida Hyde, with whom she had been in a “marriage-like” relationship for 30 years.

The issue arose because Jacobson and Hyde separated in 2017, two years prior to the death of Jacobson. The estate trustee therefore sought to revive the clauses of the will making gifts to Hyde, citing s.56(2) of the WESA, which states that a testamentary gift to the spouse of a will-maker is automatically revoked if they cease to be spouses.

Following their separation, Jacobson had visited a lawyer in order to create a new power of attorney (PoA) and representation agreement and, in September 2017, advised that “she wanted Ms. Hyde to inherit notwithstanding their separation.” The lawyer confirmed that she did not consider Jacobson to have any capacity issues at that time.

By 2018, Jacobson’s health had deteriorated; having reviewed the separation agreement with her POA, she again confirmed her wishes that her estate should pass to Hyde. On her death in 2019, Jacobson’s 2014 will stood as the most recent testamentary document.

As the lawyer was unaware of s.56(2) of the WESA, no steps had been taken to prepare a codicil to the will or to have a new will executed to ensure that Hyde inherited.

The BCSC found that Jacobson’s intentions were stated “repeatedly and unequivocally”, and the judge, Justice Tucker, stated, “short of actually executing an effective document, it is hard to imagine how the deceased’s testamentary intention could be established more clearly than it is on the evidence before me.”

Tucker referred to a decision in Hadley Estate (2017 BCCA 311) saying that, in this case, enactment of the WESA “marked British Columbia’s move from a ‘strict compliance’ jurisdiction to one with a legislative focus on testamentary intention.”

She added: “The purpose of s. 58 [of the WESA] is to ensure that discernible testamentary intentions are not thwarted ‘for no good reason’ by a failure to comply with statutory requirements. Declaring the terms set out in the Will, in their entirety, effective as the deceased’s will as at the time of her death accomplishes exactly that.”

Accordingly, the 2014 will, including the gifts to Hyde, can be admitted to probate.

Commentary is now emerging on the case. James Zaitsoff of Owen Bird says: “It is important to consider the effect of a separation on the validity of the terms of your will (including your choice of executor) and take the necessary steps to update your estate plan as your circumstances change. In Jacobson…the court was able to recognize and uphold the deceased’s intentions. This evidence may not always be available, and you may unintentionally disinherit someone that you intended to benefit under your will.”