A woman whose father made her trustee of a family trust that embarked on a 'round the world' capital gains tax (CGT) avoidance scheme has failed to persuade the England and Wales High Court (EWHC) to rescind the appointment. 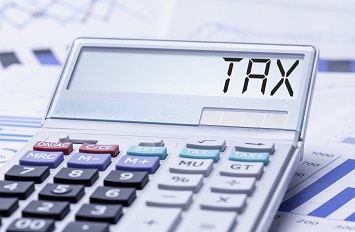 Nicola Mackay became a trustee of the Ellen Morris 1990 Settlement in 2003, at the instigation of her father David Wesley. At the time, the gross value of the trust fund was GBP3.6 million, but it held considerable retained gains or potential gains for UK CGT purposes, amounting to a potential CGT liability of GBP1 million if the gains were realised.

The trust's sole trustee had taken specialist advice suggesting that these liabilities could be mitigated by embarking on a 'round the world' tax avoidance scheme. This required the trust to become Mauritian-resident for tax purposes, with newly appointed Mauritian trustees who would dispose of the assets and realise the gains free of tax, distributing the proceeds to the UK-resident beneficiaries via an Isle of Man trust. UK-resident trustees would then be appointed in place of the Mauritian trustees in the same UK tax year of assessment, to avoid being caught by s.86 Taxation of Chargeable Gains Tax Act 1992. This was why a new UK-resident trustee had to be nominated to make the scheme work.

However, HMRC later decided that the arrangements were substantially similar to those in the Smallwood case, a scheme that HMRC defeated in the England and Wales Court of Appeal (EWCA) in 2010. The result was that Nicola Mackay, her father, and a firm of solicitors they used, were jointly and severally liable for a net CGT tax charge of GBP1.6 million. Only Nicola Mackay has any substantial assets and virtually the whole burden of the liability will fall to her.

That charge is subject to challenge at the First-tier Tax Tribunal; but, in the meantime Mackay is seeking to have her appointment as trustee nullified on the grounds of her father's undue influence, even though she signed four deeds indicating her acceptance of the appointment at the time. She first put this argument to the Tribunal last year, but HMRC argued that the Tribunal had no jurisdiction to declare who is and is not a trustee of the trust. Mackay's claim was then referred to the EWHC.

In an initial decision concerning Mackay's application for summary judgment, the EWHC expressed great sympathy for her predicament, but did not accept that she did not really know what she was signing, or that some misleading explanation or misrepresentation was made to her. The judge also refused to hold that she lacked capacity to enter into the agreement, as no medical evidence had been produced. Nor was the doctrine of trustee mistake applicable.

Although he accepted that Mackay had placed trust and confidence in her father in relation to the management of her financial affairs, he decided that her claim was undermined by her failure to disclaim the appointment when she signed the deeds. He accordingly refused to rescind her appointment as trustee (Mackay v Wesley, 2020 EWHC 1215 Ch).