John and Brenda Archibald have established their claim to a share of the beneficial ownership of a house bought in the joint names of their late mother and their sister, Patsy Alexander, more than 20 years ago. 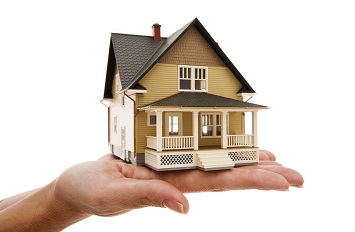 The house in Bromley, London, was purchased in 1997, soon after the sale of the family's previous home in Fulham. It was paid for exclusively by the three siblings' mother, although Patsy Alexander's name also appeared on the register as joint tenant.

After their mother's death, Patsy claimed sole beneficial ownership of the property by succession. However, her claim was challenged by her brother and sister, John and Brenda Archibald. They alleged that, in late 1996, shortly before the purchase of the Bromley house, the three children and their mother held a face-to-face meeting where they agreed orally that the property would be bought in the name of herself and one or more of the children as joint tenants, to hold it for their mother for life and, after her death, for the three children equally. This agreement followed some legal advice about how to structure the ownership so as to avoid inheritance tax on their mother's death and, should she re-marry, protect the children against the claims of any new partner.

John and Brenda therefore claimed that Patsy held the property's title on trust for herself and themselves, as beneficial tenants-in-common in equal shares. Patsy had only been named as the only legal co-owner because they had been unavailable to participate in the purchase formalities due to other commitments, they said, believing their legal participation was unnecessary because of the oral promises that had been made.

Patsy’s case was that the alleged meeting never took place, and that her mother had intended her to have the entire property herself.

At the first hearing in Central London County Court, the judge rejected Patsy’s account as ‘manufactured and her evidence untrustworthy’, and concluded that the property was held by her on a constructive trust for all three in equal shares.

Patsy appealed, claiming, among other grounds, that any oral agreement that might have been made had not caused John and Brenda to decide not to become transferees in the 1997 purchase. She also argued that, as a matter of law, the county court judge was wrong to conclude that such an oral agreement could create an equity in John and Brenda’s favour under a constructive trust, because they had not relied on it to their detriment; and that a common intention constructive trust required detrimental reliance as a condition.

The England and Wales High Court dismissed both grounds of her appeal, as well as refusing to hear any others. The judge, Fancourt J, ruled that the county court judge was entitled on the evidence before him to find that John and Brenda had relied on the agreement in not themselves seeking to become co-owners of the house. It was self-evident, he said, that if an express agreement is made in such terms in a loving family context, the non-transferees will rely on that by not otherwise protecting their position.

The second ground, regarding the role of detrimental relianceargued that substantial detriment is essential to the existence of any common intention constructive trust, and that detriment has to arise from a self-induced change in the claimant's position, whereby they either incurred a burden or lost some benefit.

'The constructive trust in such circumstances depends on the agreed basis on which the transferee of property received it and on the fact that it would be unconscionable for them to treat the property as their own', said Fancourt. 'The principle applies exactly to the facts of the instant case, as found by the [county court judge].' He duly upheld the county court's ruling and dismissed the appeal (Archibald v Alexander, 2020 EWHC 1621 Ch).