Last week the Divorce, Dissolution and Separation Bill passed its final parliamentary stages and is now waiting for royal assent. 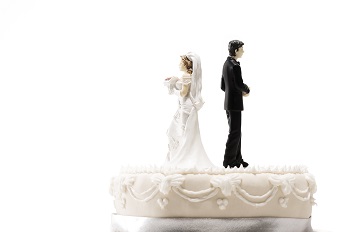 The Bill introduces a new procedure in England and Wales, under which one spouse can obtain the divorce by a unilateral declaration that the marriage has broken down irretrievably. The other spouse will have no right to defend the petition. Courts will be able to make a conditional order 20 weeks after the start of proceedings, with a further six weeks to decree absolute. The current restriction on launching divorce proceedings within a year of the marriage will remain in place.

The law owes much of its support to the case of Owens v Owens (2018 UKSC 41), one of the few in recent years in which a divorce petition has not been granted by the court. The UK Supreme Court refused to grant the divorce because the cited grounds did not meet the standard of 'irretrievable breakdown' set by the Matrimonial Causes Act 1973.

However, spouses will have to wait until the autumn of 2021 before deploying the new procedure. The reforms will not come into force immediately upon royal assent being granted, because time needs to be allowed for 'careful implementation', Lord Chancellor Robert Buckland told the House of Lords. The current indicative timetable has set implementation for late 2021.

There is some disquiet regarding the time delays built into the process. The Law Society of England and Wales is concerned that the notice period given by the petitioning spouse should begin when the divorce application is received by the respondent, rather than when the notice of breakdown is filed.

Others believe that the law should have specified a period of reflection before launching a divorce, rather than simply counting out a 26-week period starting from the beginning of the process. A third suggestion had been to introduce a delaying process to protect respondents before a divorce is finalised, requiring the financial settlement to be fixed first.