The England and Wales High Court (EWHC) has upheld the Crown Prosecution Services' (CPS’) decision not to prosecute three people accused of fraudulently securing the estate of Reginald Atkins and attempting to defraud HMRC. 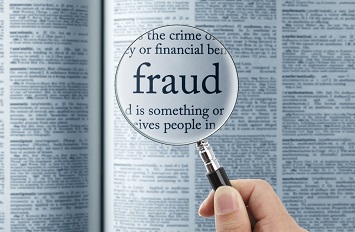 The accusations against Constance Atkins, Brian Oxley and Jane Oxley were made by Reginald Atkins' nephew, Charles Constable. He alleged that Constance Atkins (then Constance Oxley) induced Reginald Atkins to change his will in her favour shortly after meeting him in 2002, when he was 79 and in serious ill health. Moreover, not long after changing his will, Atkins transferred the ownership of his property into the joint names of himself and Mrs Oxley by deed of gift. He then married Mrs Oxley.

In 2008, Atkins changed his will again, cutting out Charles Constable entirely and leaving the whole estate to his wife's son, Brian Oxley. A few months later, Atkins died.

Constable quickly entered a caveat at Brighton probate registry preventing a grant of probate being issued for Atkins' 2008 will, claiming that the will was made as a result of undue influence and/or lack of testamentary capacity. This caveat was cancelled by court order when Constable failed to issue a claim in time, and he was later ordered to pay GBP17,300 costs.

Several years later, in February 2018, he launched a private prosecution against the three Oxleys. He notified this prosecution to the CPS and asked it to take it over on his behalf.

Accordingly, the CPS concluded that the evidential test for dishonesty was not met and dropped the prosecution. Constable then brought a judicial review challenge to the CPS' decision, alleging it was perverse to the extent that no reasonable prosecutor could have reached it.

Cutts J in the EWHC rejected his plea, accepting the CPS' argument that the EWHC had already dismissed his damages claim and the police investigations revealed no criminal offences. Several senior CPS officials had concluded that dishonesty could not be proved and so the other elements of the alleged offences did not fall to be considered.

Cutts accordingly ruled the application to be 'totally without merit' and dismissed it (Constable v CPS, 2020 EWHC 1760 Admin). Constable was also ordered to pay costs of GBP1,500, but it is unlikely to be paid since he is 'technically bankrupt'.