HMRC to get access to taxpayers' financial information without permission 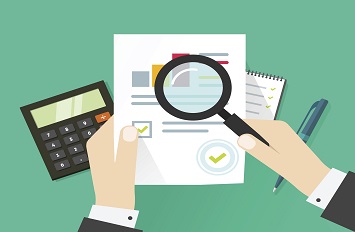 The powers will enable HMRC to issue financial institution notices (FINs), requiring banks and other financial institutions to disclose documents or information about a particular taxpayer, without HMRC having to get permission from either the tax tribunal or the taxpayer.

The only constraints on the use of FINs will be that the officer giving the notice must have a 'reasonable opinion' that it would not be onerous for the institution to provide the information, and that it is 'reasonably required' in order to check on the taxpayer's tax position or to collect a tax debt from them. 'Collection' here means taking any steps in connection with the recovery of any amount due from the person in connection with any tax, whether or not another person has been at any time liable to pay the tax or other amount, so it can also be used to enforce accelerated payment and follower notices as well as judicially established tax liabilities.

The HMRC officer must give the taxpayer a copy of the notice along with a summary of the reasons for it, although the legislation does not specify when this should happen. Even these requirements can be waived if HMRC gets permission from the tax tribunal to ignore them, although documents subject to legal professional privilege cannot be requested.

The draft clauses take the form of an amendment to HMRC's existing Schedule 36 powers in Finance Act 2008, and will have effect as soon as Finance Bill 2020-2021 receives royal assent.

HMRC says the power is necessary to meet information exchange requests from foreign governments. It says the UK currently takes 12 months to obtain this information, whereas the target under international standards is six months. The delay, it says, is because the UK is the only G20 jurisdiction that requires the approval of a tribunal or the consent of the taxpayer before a third-party information notice can be used, and removing this requirement will bring the UK into line with international standards on tax transparency and on the quality and speed of exchange of tax information. As a by-product, FINs will support HMRC's domestic compliance activity by helping to establish an individual's tax position, including any tax debt.

However, according to law firm Charles Russell Speechlys (CRS), the draft legislation goes much further than is necessary to meet international standards.

'Financial institutions can expect to see a sharp increase in HMRC notices once these rules come into force, says Hugh Gunson, Legal Director, Private Wealth Disputes, at CRS. 'Financial institutions and taxpayers alike should be prepared for HMRC to deploy these with increasing regularity – and when faced with one they should ensure they are fully aware of their legal obligations'.