The England and Wales High Court has agreed with Timothy Mundil-Williams that a will executed by his late father John Williams in 2014 was invalid because the testator lacked knowledge and approval of its contents, even though it had been drafted by his solicitors after taking instructions and was properly executed. 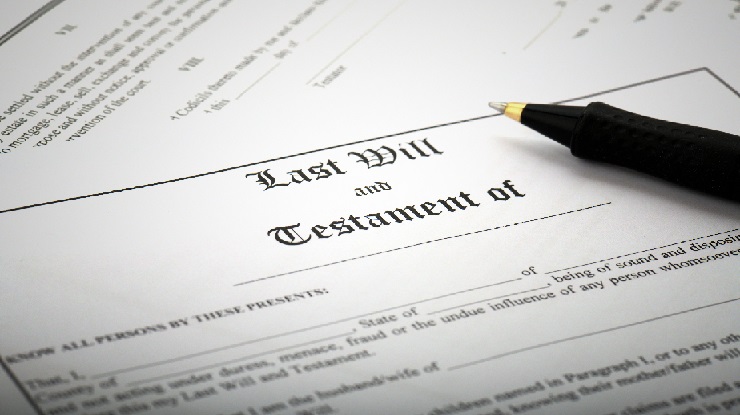 The deceased, a Welsh farmer, died in September 2017 leaving four sons, having divorced his wife many years previously. The family farm was by far the most significant asset in his estate, accounting for GBP700,000 of the estate's total value of GBP983,000. Its disposition among his sons was thus the crucial point of the resulting estate dispute. His eldest son, Richard, had been a partner in the farming business since 1979, and had taken over the practical running of it by the time John Williams made his last will in 2014.

The instructions for this will were given by the testator in person at the offices of the family's solicitors in Newport. He gave them verbally to the secretary of the head of the firm's wills and probate department. She took handwritten notes during the meeting and produced a typed file note afterwards, as well as a standard form containing details of the testator, the intended beneficiaries and the estate.

These notes were then passed on to a paralegal employed by the firm to be drafted into the will. However, the instructions recorded by the paralegal, and eventually carried over by her into the draft will, differed significantly from the instructions given to the secretary. The instructions given by John Williams to the secretary meant that Richard would have the agricultural tenancy and a 62.5 per cent share of the reversion. However, the instructions as recorded by the paralegal meant that Richard would inherit the farm outright, while the other brothers would receive only 12.5 per cent of the residuary estate, which did not include the farm. The paralegal who drafted the will naturally sent it to the testator for checking but he did not flag any errors. He accordingly executed the will at the law firm's offices, with the paralegal and the secretary acting as witnesses.

After John Williams's death, one of the disinherited sons, Timothy Mundil-Williams, challenged the will. He drew attention to the fact that the will as drafted and executed did not reflect his father's wishes as expressed both to his family and in his instructions to the solicitors. He asked the court to void the will on grounds of lack of knowledge and intent.

Keyser HHJ in the England and Wales High Court agreed. The evidence showed that John Williams did not appreciate that, under the will, the family farm was not part of the residuary estate and would go entirely to Timothy's brother Richard. There was, moreover, no evidence that anything occurred between the giving of the instructions and the finalising of the will to cause the testator to change his mind in any significant way, and he had not contacted the solicitors' firm to change his instructions during that time. He had simply read the draft will shown to him as if it accorded with the intentions those instructions reflected. The 2014 will therefore could not stand, but Keyser had some difficulty in deciding the remedy.

One possibility was to rule it void and admit to probate a will made in 1990 dividing the farm between the four brothers, but that did not reflect the testator's later intentions. Ultimately, Keyser decided to use the court's power to exclude some words from the 2014 will and admit that amended version to probate, as confirmed by the UK Supreme Court's ruling in Marley v Rawlings (2014 UKSC 2). Although in the current case that could not be done in a way that would deliver the testator's intentions exactly, it was 'unlikely to represent a major problem' and 'falls on the right side of the line', said Keyser (Mundil-Williams v Williams, 2021 EWHC 586 Ch).