The law of wills in England and Wales is to be amended to allow the remote electronic witnessing of wills under certain conditions. The change is to be backdated to 31 January 2020, in order to reassure the public regarding any wills that may have been remotely attested during the coronavirus epidemic. 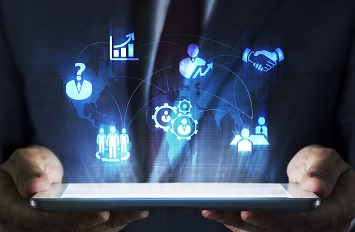 The existing law of wills is set out in the Wills Act 1837, and states that a will must be executed by the testator 'in the presence of' at least two witnesses being together at the same time. This procedure has been made difficult or impossible for testators who are following the government's instructions for isolating or shielding, especially as many solicitors have not had access to their offices for appointments.

Some have used remote video meeting platforms to arrange the execution of their new will, hoping that the phrase 'in the presence of' will later be interpreted by the courts to include virtual witnessing via electronic link. However, the legal profession and the authorities have not been able to give unanimous assurances that this procedure will survive a challenge, perhaps many years in the future. There is old case law stating that a will witnessed through a window or door or from a short distance away is valid as long as the witness has a clear sight of the testator signing it. However, without specific authority this could not be assumed to apply to video links.

The Ministry of Justice has now officially declared that wills and codicils witnessed in this way will be deemed legal, as long as the quality of the sound and video is sufficient for the parties to see and hear what is happening at the time. A statutory instrument (SI) to this effect, under the Electronic Communications Act 2000, will be enacted in September, stating that the phrase 'in the presence of' can mean either physical or virtual via video link.

The amended law will be backdated to 31 January 2020 to cover wills already made during the epidemic, and kept in place until 31 January 2022, or as long as deemed necessary. The government can also decide to shorten the term. After the term ends, wills must return to being made with witnesses who are physically present, said Robert Buckland QC, Lord Chancellor and Secretary of Justice.

However, remote witnessing is only being authorised as a 'last resort', and testators are advised to arrange physical witnessing of wills where it is safe to do so. Moreover, where remote witnessing is used, strict precautions must be taken to deter fraud or undue influence. The usual requirement continue to apply that the witness understands that they are witnessing and acknowledging the signing of the document. It will not be permissible to witness a pre-recorded video of a signing.

The Ministry of Justice recommends that testators at a remotely witnessed signing should make a formal statement that 'I, first name, surname, wish to make a will of my own free will and sign it here before these witnesses, who are witnessing me doing this remotely’. Signatures must be 'wet' and remote electronic signing will not be allowed. The whole process should be recorded, if possible, and the recording retained, although mental capacity law expert Alex Ruck Keene TEP noted that there are substantial potential complexities of retaining recordings for many years.

STEP has been closely involved in developing the policy since lockdown was enforced, said its Technical Counsel Emily Deane TEP. The organisation welcomed the move, in particular its retrospective effect, which will 'provide reassurance to anyone who has had no choice but to execute a will in this manner prior to this legislation being enacted', said Deane.

Guidance for STEP members has already been issued. It reinforces the Ministry's advice that remote witnessing should only be used in an emergency when conventional witnessing is impossible, and extreme caution is required when using it.

The Law Society of England and Wales also welcomed the decision, noting it was 'glad to see that guidance has been issued to minimise fraud and abuse'.

The amendment will not apply in cases where probate has already been issued in respect of the deceased, or where the probate application is already in the process of being administered.

The guidance is written in advance of enactment of the SI, so will have to be revisited if any changes are made to the legislation as it goes through parliament. In the longer term, the government will consider wider reforms to the law of wills, which is currently the subject of a Law Commission of England and Wales investigation.