Russia has announced it is unilaterally cancelling its double taxation agreement (DTA) with Cyprus, following the failure of negotiations to amend the treaty in line with Moscow's new anti-offshoring business tax regime. 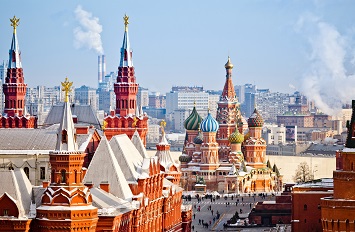 In April 2020, President Vladimir Putin announced a new 15 per cent tax on dividend payments from Russian businesses to parent companies in so-called 'transit jurisdictions' from January 2021. Putin warned third countries that all existing bilateral treaties would have to be amended to accommodate the new dividend tax in time for the start date of 1 January 2021. Currently, dividends paid from Russian companies to shareholders in Cyprus are taxed at only 5 or 10 per cent, compared with 13 to 15 per cent for shareholders within Russia.

Some 34 per cent of the cumulative direct foreign investment in the Russian economy comes from Cyprus, according to the Russian government, which estimates that almost RUB2 trillion (USD27 billion) of corporate earnings were exported from Russia to Cyprus last year.

Negotiations with Cyprus began immediately after the announcement, but little progress was made. A similar deadlock in Russia's negotiations with Malta has caused the two countries' DTA to lapse. The progress of talks with Luxembourg has not been revealed.

Earlier this week, Russia's Deputy Minister of Finance Alexei Sazanov said the Cyprus talks had failed and that Moscow would now begin the process of withdrawing from the DTA by submitting a federal law to the Duma (parliament).

However, Moscow's Cypriot counterparts believe the negotiations are still continuing. Its finance ministry has told Reuters that the final round of negotiations has been scheduled for this week, with a formal conclusion to be announced in early September.