Separated spouse can claim maintenance in England during Scottish divorce

A separated spouse is entitled to claim for interim maintenance payments in one UK jurisdiction while divorce proceedings are pursued in another, the UK Supreme Court has ruled in Villiers v Villiers (2020 UKSC 30). 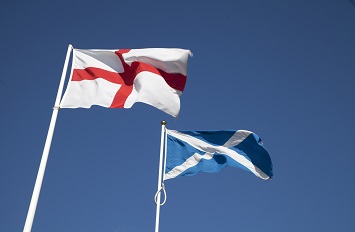 The couple, Charles and Emma Villiers, lived together in Scotland between 1995 and 2012, following their marriage in England in 1994. They separated in 2012, the wife returning to England where she has lived ever since.

Both parties launched divorce proceedings, the wife in England in July 2013, including a financial remedy claim, and the husband in Scotland in October 2014. The divorce was assigned to the court in Scotland, since the parties had last lived together there, this being the appropriate criterion under paragraph 8 of Schedule 1 to the Domicile and Matrimonial Proceedings Act 1973 (DMPA).

Emma Villiers accepted this, but in January 2015, she applied for a maintenance order under s.27 of the Matrimonial Causes Act 1973 (MCA), which does not require maintenance to be tied to the grant of a decree of divorce, so that such an order can be sought in separate proceedings.

Financial awards to a spouse following both separation and divorce are more generous in England and Wales than in Scotland, and the first instance English court made orders in Emma Villiers' favour for monthly payments and payments in respect of a legal fees allowance order.

However, Charles Villiers opposed this application on jurisdictional grounds, principally that his divorce writ in Scotland, was a 'related action' for the purposes of article 13 of Council Regulation (EC) No 4/2009 (the Maintenance Regulation) and the corresponding provision in Schedule 6 to the Civil Jurisdiction and Judgments (Maintenance) Regulations 2011. If it was, the English court should decline jurisdiction over Emma Villiers' claim for a s.27 maintenance order.

Charles Villiers lost his case in the England and Wales Court of Appeal in 2018, and has now lost in the UK Supreme Court by a three to two majority decision.

Giving the lead judgment, Sales LJ ruled that the Scottish divorce proceeding is not a 'related action' within art. 13 of the Maintenance Regulation, as there was no relevant connection between the wife's s.27 maintenance claim in England and the Scottish proceedings concerned with determining marriage status. The Maintenance Regulation, he said, must be considered in light of its fundamental object of protecting a maintenance creditor by conferring her the right to choose jurisdiction, and the word 'actions' in art. 13 should not be taken to mean any legal proceedings. Thus the English court could not decline jurisdiction, as Emma Villiers was resident in London at the time of her application.

Sales also dismissed Charles Villiers' other grounds of appeal on technical jurisdictional grounds. His judgment was supported by justices Kerr and Black, although the latter pointed out that it leads to the potential fragmentation of the proceedings required to resolve financial affairs upon divorce.

Two other justices, Wilson and Hale, dissented. Wilson would have allowed the husband's appeal on grounds of a 'broad, commonsense approach' to the interpretation of art. 13, and viewed the English and Scottish proceedings as 'related actions', giving the English court the power to stay or decline the wife's maintenance application.

Experts at law firm Irwin Mitchell noted that the ruling will add to the 'divorce tourism' debate. 'The Supreme Court pointed out that an important purpose of the Maintenance Regulation was to give those seeking maintenance greater protection and the choice of having their application heard somewhere convenient for them, because they tend to be the more financially vulnerable party', commented Partner Zahra Pabani. 'Mrs Villiers lives in England, and her connection to this country was enough to allow her to make her application here. In Scotland her claims for maintenance would have been extremely limited, but in England the court will assess her needs without any automatically imposed time limitation.'

Rachael Kelsey, Director at family law firm SKO, who acted for Emma Villiers, said that the implications are considerable: 'It is now unambiguously clear that we can have bifurcated family proceedings in the UK.'