The Spanish Directorate-General of Tax has decreed that individuals who spend more than 183 days in Spain in the 2020 fiscal year can be deemed Spanish tax-resident in the year, even if forced to do so by COVID-19 movement restrictions. 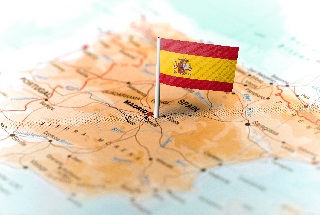 The Spanish Directorate-General of Tax has decreed that individuals who spend more than 183 days in Spain in the 2020 fiscal year can be deemed Spanish tax-resident in the year, even if forced to do so by COVID-19 movement restrictions.

The day-counting test for tax residency is set out in the Personal Income Tax Act and applies automatically in normal times. However, many other countries including the UK and Ireland, as well as Canada, the United States, Australia, India and Malaysia, have stated they will make exceptions where travel is hampered by the pandemic. Moreover, guidance issued by the OECD in April advised tax authorities not to regard individuals stranded abroad by the pandemic as having changed their country of residence. Nor should companies whose management is being carried out in another country due to the travel restrictions be considered to have changed their tax residence, said the OECD.

The Spanish authorities' binding decision V1983-20, concerning a Lebanese family locked down in Spain, adopts a different criterion, insisting that all the days spent in Spain by the family can be seen as a voluntary stay that contributes to its tax residency. The effect is that the Lebanese family must pay Spanish personal tax on their worldwide income and assets this year.
The tax authority based its argument on the facts that Lebanon and Spain do not have a mutual double tax treaty, and that Spain regards the Lebanon as a 'tax haven'. However, these factors do not appear in the Directorate's general criteria for determining tax residency, so that the 183-days test could be sufficient for residency irrespective of whether the provisions of a potential double tax treaty could later be invoked.

The ruling accepts that, in extreme cases, certain days spent in Spain should not be taken into consideration for tax residency purposes. 'However, this is not a clear-cut issue and the likelihood of claims arising between the Spanish Tax Authorities/courts and taxpayers will be high', commented Diego Hernando and Ricardo Lorca of Madrid law firm CMS Albiñana & Suarez de Lezo. They also noted that the Tax Directorate's ruling could also affect inheritance and gift tax liabilities of Spanish residents, by determining the autonomous region where they habitually live during the 2020 fiscal year.