UK tax authority HMRC has won the right to tax the earnings of a South African resident who undertook diving work on the UK continental shelf. 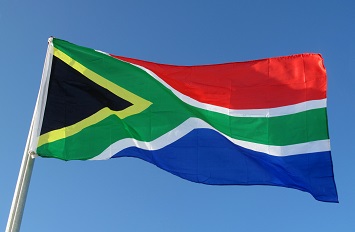 The dispute concerns whether the UK or South Africa is entitled to levy tax on Martin Fowler's income from his diving activities during his engagements in UK waters between 2011 and 2013. The South Africa-UK double taxation treaty (DTT) of 2002 states definitely that if he was self-employed at the time, the taxation rights belong to South Africa. Both parties to the dispute agree on that point, but HMRC's argument is that he was not in fact self-employed during those two tax years, even though the law required it to treat him as such.

Martin Fowler first defeated HMRC in the First-tier Tax Tribunal in 2016. HMRC then appealed the Upper Tax Tribunal and won. Fowler appealed to the England and Wales Court of Appeal (EWCA) in November 2018 and won by a 2:1 majority verdict. The EWCA accepted his argument that employed divers doing the particular kind of diving work he did in UK waters are treated by UK tax law as if they were self-employed for income tax purposes, under s.15 of the Income Tax (Trading and Other Income) Act 2005 (ITTOIA).

Moreover, terms used in the DTT are to be given the meaning that they have in the tax law of the state seeking to recover tax, in this case the UK. Thus, the DTT implies that Fowler was self-employed under UK tax law, and thus taxable only in South Africa, or not taxable at all, since South African tax legislation did not tax the earnings of residents employed abroad. This was the conclusion of the majority in the EWCA.

HMRC disagreed, and took the case to the UK Supreme Court (UKSC), which agreed with the tax authority.

The UKSC's unanimous decision essentially states that a deeming provision drafted for one purpose should not be used for another. Deeming provisions such as s.15 ITTOIA, which provides that a diver who would otherwise be taxed as an employee is instead treated as self-employed for the purposes of domestic income tax, create a 'statutory fiction' that should be followed only as far as required for the purposes for which the fiction was created. 'The courts will recognise the consequences of that fiction being real, but not where this will produce unjust, absurd or anomalous results', said Briggs LJ, giving judgment.

'Properly understood, [s.15] taxes the income of an employed diver in a particular manner which includes the fiction that the diver is carrying on a trade', he said. 'That fiction is not created for the purpose of rendering a qualifying diver immune from tax in the UK, or for adjudicating between the UK and South Africa as potential recipients of tax, but to adjust the basis of a continuing UK income tax liability. Since [the DTT] is not concerned with the manner in which taxes are levied, it would be contrary to the purposes of the treaty to redefine its scope by reference to ITTOIA. It would also be contrary to the purpose of ITTOIA and would produce an anomalous result.'