The Supreme Court of the United States (the Supreme Court) has allowed a tax advisor company to make a pre-enforcement judicial review challenge to a decision by the Internal Revenue Service (IRS) to include certain tax planning arrangements in its reportable transaction regime. 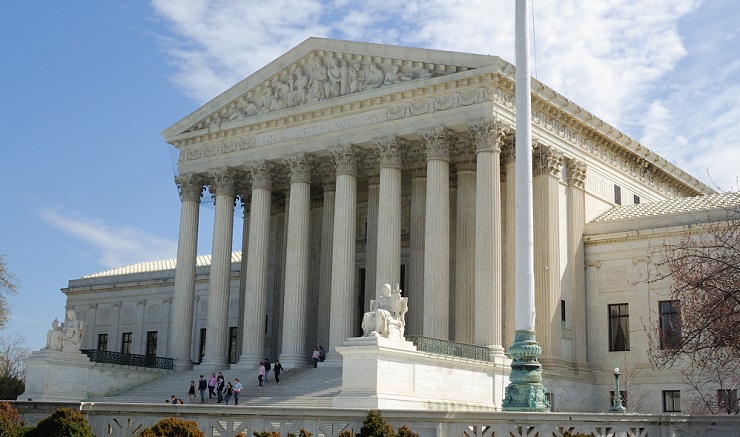 The arrangements were certain types of so-called micro-captive insurance deals, which the IRS regards as ‘having potential for tax evasion.’ In 2016, it issued a notice deeming these schemes to be ‘reportable transactions’ that taxpayers would have to disclose along with their federal income tax return.

The tax advisor, CIC Services (CIC), then brought a suit claiming that the IRS' actions violated the Administrative Procedure Act (APA) by failing to follow the notice and comment procedures prescribed by the APA. It asked a Tennessee district court for an injunction setting the IRS' notice aside.

The district court agreed with the IRS and rejected the challenge. So did the Sixth Circuit Court of Appeals in 2019, albeit in a divided decision. CIC then took the matter to the Supreme Court.

The principal matter of dispute in the Supreme Court was the IRS' contention that the challenge was barred by the Anti-Injunction Act (AIA), which asserts that no litigation can be brought ‘for the purpose of restraining the assessment or collection of any tax.’ The IRS argued that this was the clear purpose of CIC's suit. CIC countered by pointing out that it was not trying to prevent collection of tax, since the IRS' 2016 notice had not purported to tax micro-captives but only to make them reportable. Instead, said CIC, it was challenging a regulatory mandate, separate from any tax.

The Supreme Court has now accepted CIC's view and given permission for the substance of its challenge to be heard. It rejected the IRS' argument that a victory for CIC would ‘open the floodgates’ to a wave of pre-enforcement actions aimed at tax consequences. However, the ruling also raises many other questions, for example that the reportable transaction regime as the IRS currently administers it may violate the APA in general. The APA challenges in tax cases have steadily increased since the Supreme Court’s rejection of tax exceptionalism ten years ago in the Mayo case, says law firm McDermott Will & Emery.

The firm notes that other questions raised by the CIC ruling include if the AIA would bar a suit to enjoin enforcement of a reporting obligation brought by a taxpayer, as opposed to an advisor; how onerous the challenged requirement must be; how disconnected from the tax penalty the challenged requirement must be; and if the existence of criminal penalties is sufficient and/or necessary to exempt a challenge from the AIA.

‘The Supreme Court has opened the door to judicial review of unsanctioned IRS programs that place unfair burdens on taxpayers,’ says McDermott Will & Emery. ‘In the absence of a clear congressional mandate, any new enforcement policy issued by the IRS may be fair game for an APA challenge.’

Moreover, the issue extends beyond the reportable transaction regime. It could also apply to the information reporting proposals recently announced by the Biden administration, under which US and foreign financial institutions will have to report all cash flows into and out of accounts owned by US individual taxpayers and pass-through business entities.

‘The Biden administration's vision for increased information reporting, depending on implementation specifics, may have a new obstacle to contend with [in the] Supreme Court's recent decision,’ commented Andrew Velarde, Senior Legal Reporter at Tax Analysts.