The US Treasury Department has announced plans to require US financial institutions (FIs) to file annual reports of the aggregated inflow and outflow of funds from every individual and business taxpayer's financial accounts. 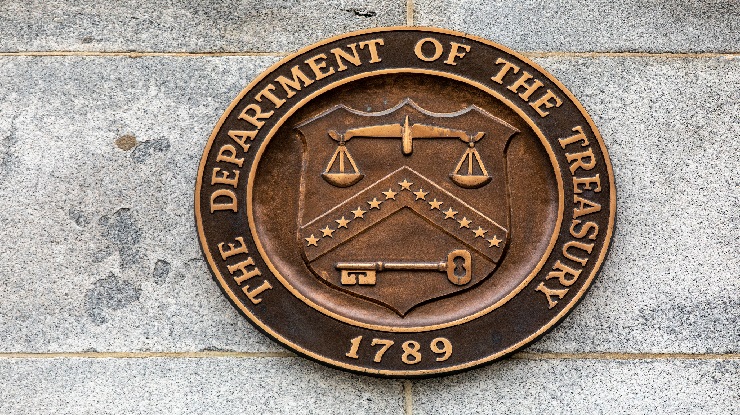 The proposal was announced as part of the Biden administration's strategy to collect more taxes from high earners and high-net-worth individuals (HNWIs). Cuts to the US Internal Revenue Service's (IRS’s) budget over the past decade have resulted in a loss of capacity to address sophisticated tax evasion efforts, said the Treasury in a statement. Over this period, it said, audit rates for taxpayers with income over USD1 million have fallen by almost 80 per cent. The IRS now requires more resources to conduct investigations into under-reported income and to pursue high-income taxpayers who evade their tax liability through complex schemes, said the Treasury, and requires access to better information, going beyond the reporting of interest income by banks as happens now.

The administration now plans to spend USD80 billion on the IRS over the next ten years to stop 'sophisticated tax evasion', with auditors focusing on complex investigations of large corporations, partnerships and global HNWIs. However, this investigation effort will also be backed by controversial new third-party information gathering powers. According to the Treasury, high-income taxpayers disproportionately accrue income in opaque sources such as partnership and proprietorship income where the IRS struggles to verify tax filings. As a result, it says, up to 55 per cent of taxes owed on these less visible income streams is unpaid, with disproportionate levels of non-compliance for those at the top of the income distribution. Providing the IRS with a mechanism for crosschecking the accuracy of such tax filings will improve compliance, it says. Therefore, it proposes to allow the IRS to collect information on financial account flows from third parties.

'This proposal provides additional information to the IRS without any increased burden for taxpayers', says the Treasury. 'Instead, it leverages the information that financial institutions already know about account holders, simply requiring that they add to their regular, annual reports information about aggregate account outflows and inflows.' Providing the IRS with this information will help improve audit selection so it can better target its enforcement activity on the most suspect evaders, avoiding unnecessary audits of ordinary taxpayers.

Chuck Rettig backed the announcement with data from the National Bureau of Economic Research (NBER), estimating that the top 1 per cent of Americans hide more than 20 per cent of their income from the IRS. The NBER's study says the IRS could collect another USD175 billion of taxes annually from this population if it had more resources, with offshore and undercounted pass-through evasion alone amounting to USD110 billion in undetected income.

The NBER study concludes that effective tax enforcement at the very top of the US income distribution requires a comprehensive approach, including:

New measures will also be introduced to regulate professional tax preparers. According to the Treasury, these practitioners submit more tax returns than all other preparers combined and some make costly mistakes that subject their customers to painful audits, sometimes defrauding taxpayers for their own benefit. President Biden's calls for giving the IRS the legal authority to implement safeguards in the tax preparation industry, with stiffer penalties for so-called ghost preparers who fail to identify themselves on tax returns and defraud taxpayers.